At Michigan Ross, we believe we are primed for success when our culture and strategic goals are in alignment. When Ross staff are:

We will be the most progressive source of ideas and business solutions and the world's premier career accelerator and source of leadership talent.

Each year, several staff members whose contributions exemplify this approach to their work are selected for The Ross Way Staff Excellence Award. Beginning in 2018, a new category of awards was added to recognize supervisors whose leadership style embodies these values.

"People are our greatest asset. The Ross Way Staff Excellence Awards provide a meaningful way to recognize and celebrate outstanding individuals whose leadership, teamwork, innovation, and performance reflect the values of Michigan Ross and push us to a higher standard of excellence". 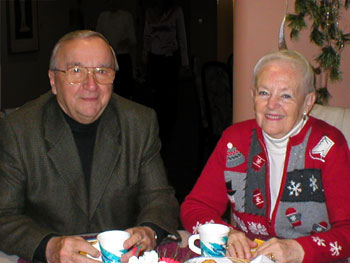 The Ross Way Staff Excellence Awards wouldn't be possible without funding by the Lucile Hochrein Endowment Fund, which is a gift of John and Esther Hochrein. Lucile Hochrein, John's mother, was a secretary at the Business School from the mid-1940's to the mid-1960's. We are grateful to the Hochrein's for their generosity in recognizing the high standards of professional service which Lucile Hochrein exemplified. Esther Hochrein passed away in April 2013 at the age of 79.