Your source for all communications from the Executive Learning and Conference Center, Executive Dining Room, Catering at Ross, Och Fitness Center, Seigle Café, and Starbucks at the Ross School of Business. 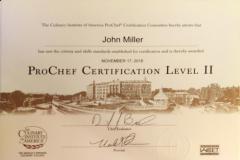 Chef John Miller, together with other top Chefs, recently completed the ProChef Certification Level II. The four day examination has a very high failure rate, and Chef had this to say about the harrowing experience: “It unified us as a team, we cried on each other’s shoulder a lot. This exam was really about the journey, the victory to be shared by all of us.” The group of Chefs faced a punishing daily schedule while at the Culinary Institute of America in Hyde Park, New York. Each day included up to six hours of cooking demonstrations, together with two separate written examinations, each encompassing a daily theme. Chef John completed the certification just in time to receive his BA in Culinary Arts and Hospitality from the New England Culinary Institute. Knowing his diploma was waiting for him was a great boost to his overall performance: “I’ve been taking up a lot at once, but it feels good to have accomplished so much as well.” 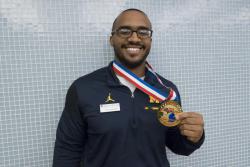 Prince Cassadine won the USA Power lifting Michigan State Championship in the chest press specialty. He placed first among fourteen seasoned competitors by lifting an impressive 365 lbs. This is the first time he has ever competed, and he credits his win to hard work, dedication, and important advice from friends and fellow competitors. Benito Olmos, manager of the Och Fitness Center, has been an important advisor for Prince, leveraging his own past experience as Brazil’s International Federation of Bodybuilding and Fitness Scientific Director. So what’s next for this weightlifting phenomenon? “Really, sky’s the limit. If I’m not ready, I’ll get ready.”

Archie Smyers from Seigle Café is Back

Sergeant First Class Archie Smyers, formerly a Chef Supervisor at Seigle Café, is back after spending more than a year in Dubai with the 182nd Forward Support Company. He received an Army Commendation Medal for exceptionally meritorious service while serving as Food Operations Manager in support of Operation Enduring Freedom. Archie is planning to retire from the Army after 20 years in the service. He has now returned to the Executive Learning and Conference Center as one of the Chef Supervisors at the Executive Dining Room. Welcome back Archie, and thank you for your service! 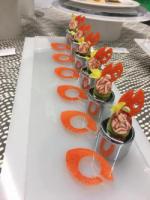 On October 15th, Chef Scott Simpson, Sous-Chef at the Executive Learning and Conference Center, traveled to Erfurt, Germany, to take part in the Culinary Olympics. Chef Scott clinched the Bronze Medal in 2012 as a member of Team Macomb, and has since transitioned to the role of Coach and Culinary Arts Instructor at his Alma Mater. Team Macomb competed in several different categories, including Cold Food Display, where the judges evaluated each entry on color composition, contrast, texture, and other key metrics. It was a very successful outing for the Michigan team, with key members winning medals in every category. Tim Shmid won the Silver Medal for Cold Food Artistry, Jim Ford won the Silver Medal for Sugar Sculpted Centerpieces, Scott O’Farrell won the Gold Medal for Chocolate Sculpted Artistry, and Chef Scott himself won the Silver Medal for Cold Food Artistry. 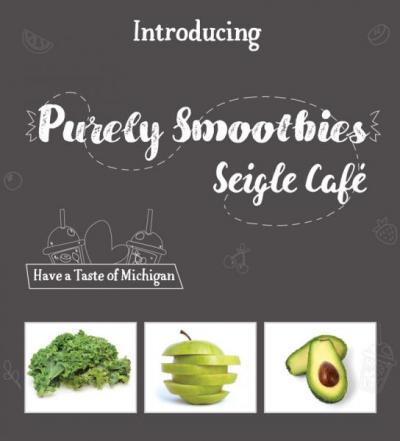 Discover our all-new recipes, inspired by our favorite cities in Michigan.
A healthier alternative with all natural ingredients.
Try one today at Seigle Café!